Why is cloud computing so popular?

Should your business be considering the cloud?

When it comes to IT systems, cloud computing is now the go to for many businesses.

The cloud is used by many every day but it’s now hugely popular in business and enterprise.

It’s possibly more popular with startups or large enterprises, with some SME’s still opting for bespoke onsite solutions, but it’s use continues to grow every year.

Maybe you’ve been wondering why it’s so popular and whether it’s something you need to implement in your business?

In this article we look at some of the top benefits it provides to businesses today.

What Is Cloud Computing?

For those who aren’t 100% sure what the cloud actually is it’s probably best we clear that up.

Cloud computing in its simplest form is services delivered to the end user over the internet. Users are usually billed on a pay as you go basis for the privilege of using the software on demand.

There’s no up-front cost, so you never actually own it and the storage, applications, or platforms you use are not physically stored on your premises. They do exist physically on servers owned or used by the vendor.

Recent figures show that worldwide spending on public cloud services has increased year on year and currently sits at around $480 billion. Whether at work or at home, most of us are using some form of cloud-based software.

The most popular form of cloud computing is SaaS or Software as a Service. This is where you use a piece of software or application that is distributed via the internet. It’s not installed on your PC and is usually accessed through a web browser. Gmail, Canva, Adobe Creative Cloud, Salesforce, Buffer, Microsoft 365, you name it. All SaaS.

Other cloud services include IaaS (Infrastructure as a Service) and PaaS (Platform as a Service). IaaS is the infrastructure that so much of what we do is built on. That’s servers, storage, and operating systems. PaaS vendors, on the other hand, provide development frameworks that allow developers to build applications themselves.

Increasingly this is the way we do things. It’s certainly a preferable business model for many vendors but it does also present a lot of benefits to the end user, which we’ll get into below. The Benefits of Cloud Computing for Businesses

Before we go on it’s probably worth pointing out that the cloud isn’t the most popular option with everyone.

It’s particularly popular with startups because of its affordability for businesses in their early stages.

For most businesses there’s no reason to invest in physical hardware from the beginning, not least because few growing companies will have fixed or long-term premises. As they grow, assuming the software works for them, they’ll want a solution that seamlessly grows with them.

Cloud computing has also seen a huge take up with large enterprises and corporations. They need a lot of processing power and storage and investing in bulky physical hardware is not going to be the most economically viable option.

Some medium sized companies on the other hand want a bespoke solution; a version of a software or service that is tailored to their specific needs. But a lot of the benefits below still apply to those businesses so it’s worth considering whether you have the best tools for the job.

Here’s our top reasons why cloud computing is so popular with businesses around the world.

Your data security is never 100% guaranteed but if your storage and data is held on a cloud server, the chances are it’s secure. Gartner estimates that cloud infrastructure will suffer at least 60% fewer security incidents than those in traditional data centres.

This assurance can be made, partly because you’re paying for someone else to look after your data. Most cloud data centres will replicate what’s in storage at least three times. If something goes wrong, you’ll have a copy of that data and be able to start from where you left off.

The fact that it’s all stored externally also means that hackers trying to get into your business have a much harder job of accessing your data. It’s not a server they can access locally. Instead, it’s covered by layers of encryption and is only accessible whilst someone is making use of it. This is of course where there is some risk – Gartner also predicts that 95% of cloud security failures will be the customers fault.

Even if you were an enterprise level company, the resources you would need to replicate your data even twice over would be enormous. It wouldn’t be worth it. But it does pay to have a secure system in place.

And don’t forget, it’s in the vendor’s best interests to make sure your data is safe and secure. You can probably trust them to do the right thing. One of the reasons why the cloud is popular is because it’s accessible anywhere.

Yes, you need an internet connection, but for most businesses and employees reading this, that shouldn’t be a problem. In a world which recognises the benefits of remote or hybrid working, it pays to allow your employees to be able to do their job away from the office.

Relying on physical infrastructure not only takes up a large amount of real estate in your premises but it also means that employees rely on being in a single location to complete their work.

No matter the role, from management to accounting, there’s no denying that giving your employees access, whether remotely or on the move is an important part of any modern business. Cloud computing enables this.

Employees are also using cloud products anyway, like the ones we mentioned above. They’re already used to that way of working, particularly millennial and younger members of staff. So, adapting to it at work will be simple.

As we mentioned above, cloud services are easily scalable.

For those businesses just starting out, the software and storage you use, will simply grow with the business.

In an ideal world, as revenue increases, the proportion of your budget allocated to that service should stay roughly the same, although it’s not always the most affordable solution.

For most businesses it presents a level of convenience that you don’t get with physical assets and one-time purchases. Rather than putting off scaling the business because of the requirement for a large investment into onsite computing power, cloud solutions allow you to push a button and upgrade there and then.

It couldn’t be any simpler. You get immediate access to new features, or increased levels of service and you don’t need any hardware to make it work.

You’re not limited by space either because the physical version of what you’re using exists with the vendor, who will have ample room.

And this isn’t just good news for scale ups. If you’re business is changing how you run, or even downsizing, you can make the necessary tweaks. Here we must admit there’s arguments that go both ways. Price is often touted as a reason to switch to cloud computing. But the truth is it’s rarely the reason why people pick cloud computing over onsite solutions.

There are clear cost savings to cloud computing. Yes, you don’t have to shell out that large initial cost for physical infrastructure so it’s certainly more attainable in the short term. But you also don’t need to worry about anywhere near as many ongoing costs.

A lot of the additional costs for onsite storage and software are all covered in the monthly fee you pay to a cloud computing vendor.

However, for larger companies who are using a much higher tier of a particular package and paying an amount per user, the long-term cost is probably not going to be much cheaper than buying a one-off solution. When you factor in the overall cost of physical hardware plus ongoing maintenance costs, it will be hard to find a clear-cut difference in overall savings.

It all comes down to what kind of a company you are and what you’re going to need. It’s certainly a lot easier to budget a small monthly fixed cost, than the unknowns associated with an onsite system that you manage yourself.

We hope that’s given you a good idea of why cloud computing is so popular today. It will only become more popular and more prevalent, no matter the size of your business.

Whatever system you have though, you’ll need some assistance to keep things running smoothly. Both cloud and onsite solutions need looking after so that they’re always running and doing what you need them to do.

If you’ve got questions about cloud computing or need some help installing or maintaining it in your business, get in touch today.

If you’d like some advice on how your business can move to the cloud, get in touch today.

Book A Free IT System Review 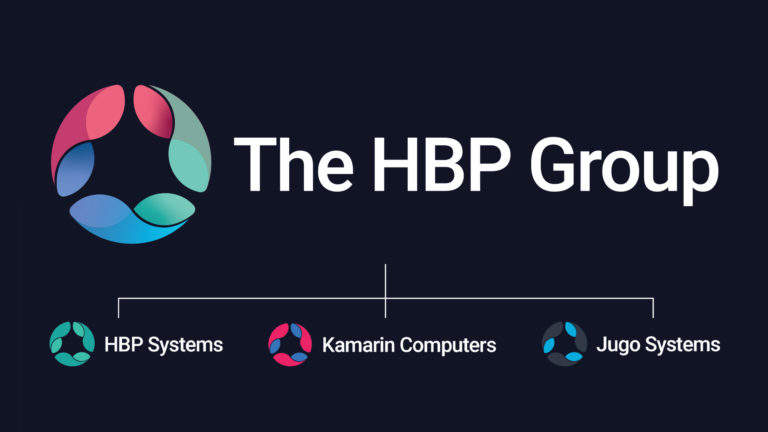